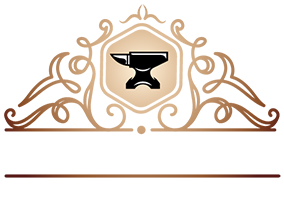 Michael, my late father, worked as a Blacksmith since he was sixteen years of age. In 1989 he established his business, Black Barn Forge.

In his time working as a Blacksmith, he had commissions from The Texas Ballet Company for a hand drawn Cinderella coach which he was very proud of. He also made some very ornamental balustrades for a British TV drama and fabricated props for several successful films including medieval handheld fire lanterns and four large fire baskets and a lift shaft gates.

Much of my dad’s work was generated from the general public and from previous satisfied customers. Their requests ranged from driveway gates and railings to handrails, garden gates, security grills, even the smaller indoor ornate candlesticks and door knockers. He was always very busy and liked to keep all of his customers and clients happy.

He was a very talented man in the Blacksmith and Metal Work trade and was very well known.
Being a member of the Worshipful Company of Blacksmiths where he attended meetings and was kept up to date on events and news, he was always aware of how fascinating being a Blacksmith in this age was and passed his knowledge onto whoever he met.

Animal Sculptures Frames for Kendra Haste on Tower of London 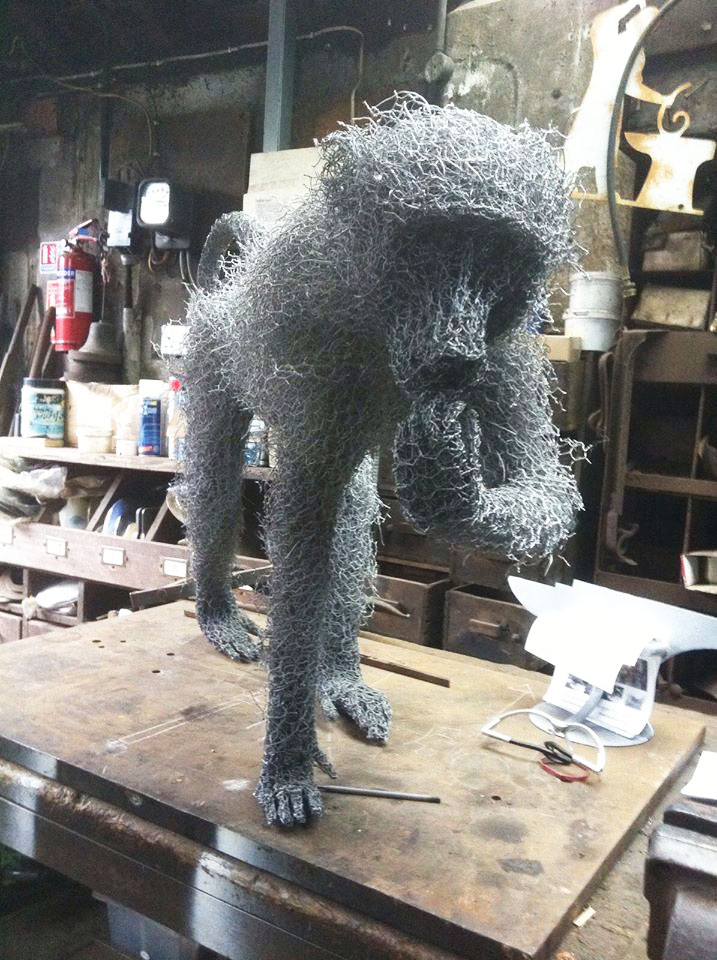 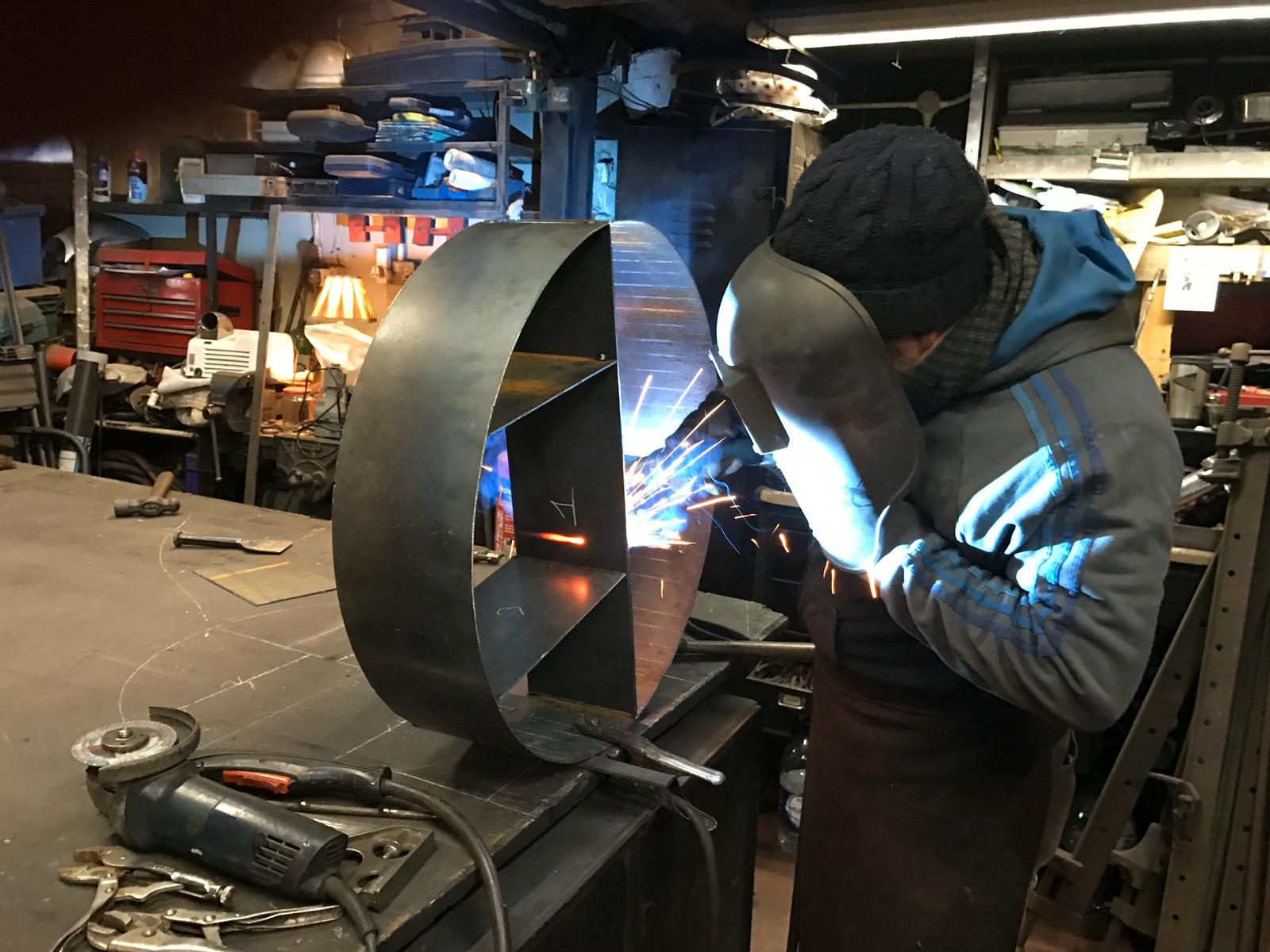 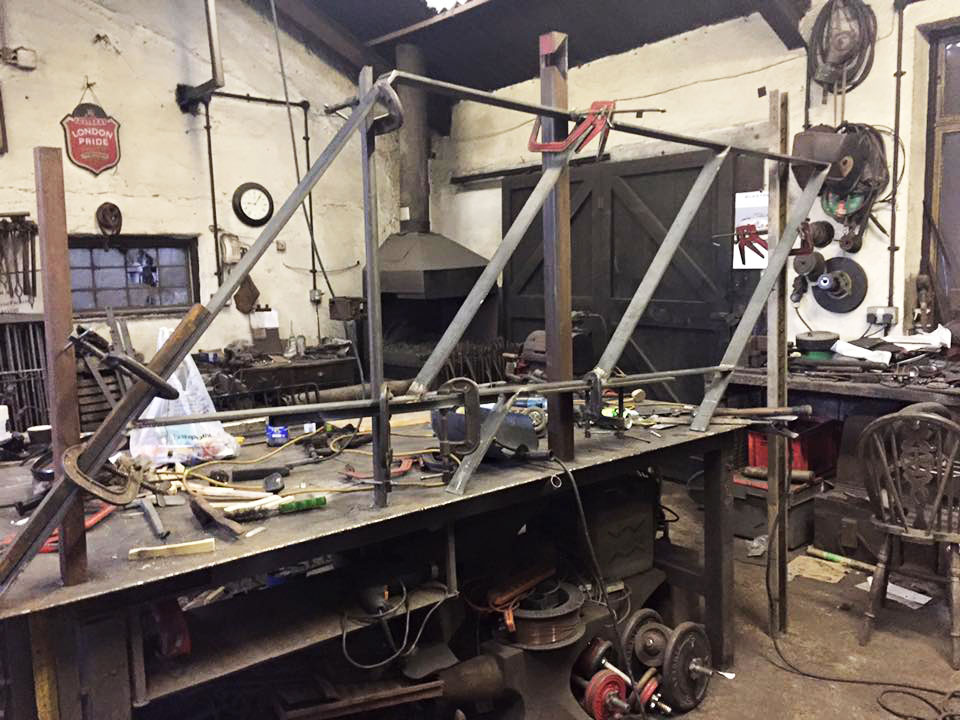 Some of our 5* reviews

Outstanding design and detail. Get in touch with Red Hot Metal.

James made a security bar for our office door – it looks great and will hopefully deter criminals. I’d definitely recommend Red Hot Metal.

We can’t recommend James enough. He put in some railings and a gate for us at the front of our house which we are so pleased with. An outstanding job. James is very professional, personable and showed great attention to detail. Can’t stop looking at the new wall/railings now… it looks that good!! Check out the photos from the 6th August, Chiswick.

I found James on facebook and decided to use him after reading the reviews. All I can say is I’m glad I did. He knew exactly what I wanted and was more than helpful as I was very vague in what I required. He was a pleasure to have on site and the work is remarkable. I wouldn’t hesitate to recommend his work to anyone.

We asked James to make a handrail for our front steps and he’s gone above and beyond what we were expecting. I thought it would be quite functional looking but it’s really smartened up the front of our house and looks great. We’ll definitely be getting him back to do more when we sort out the back of the house!

James has many years of knowledge in the Blacksmithing industry. The work he carried out is outstanding and very talented. No job too big or small for him.

I didn’t really know what to expect as I have never had anything bespoke made before but I couldn’t be happier. They have such a personal feel and really listened to what I wanted. They far exceeded my expectations in my garden fence and I would use them again! Great work and lovely too!!

What an amazing service provided by James at Black Barn Forge. James was incredibly professional from start to finish and we now have a set of gates at the front of our property that look smart and of high quality. A fantastic product with five star service. We look forward to using James in the future! Highly recommended!

When we moved into our house the access into the garden was open so lacked any form of security. We commissioned Black Barn Forge to design us a large gate that secured the back of our property, but also looked great. He achieved both and we couldn’t be happier with the end result. James fabricated and installed the gate in a timely manner and acted professionally throughout. We would happily use Black Barn Forge for any future work and highly recommend it!